What if we don’t see that in our world there is still a huge war going on? What if we close our eyes for all those refugees all over the world?

In a 2000 years from now we ourselves are history, in 100 years we all are, and in about 50 years most of my own generation is already history…

Just have a look from out of these time scales, Back to the future part IV, doc. Brown is driving by and takes you with him into a timetravel.

But fightings between people, cruel laws and punishments of people already were going on at that time too! Without any religion, Christianity or Islam, it was just because they where people. Just from out of their thrill to do so. There always have been “The good, the bad and the ugly”.
There have always been men who wants to have the power and try to create a kind of power to have these levels of societies, so we as a human, we create the poor and the rich.

What if the good people who saw this happening and trying to help the poor to get stronger, to use all their power to get it right? Equal for all.

What if they try to tell all the people the stories they saw happening, that they want to focus on the good things, not on the bad, but in many ways try to confince the ones who can not see it happening that it is so wrong?

What if you where timetraveling in this year and trying to let these people know, what all is possible?
Trying to tell them about all the things we now know.

I am now trying to think about all these things, but it is so overwhelming. I mean where do you have to start?

But they first have to know that the world is not flat, it is a globe! That you can travel around that globe.
And that we even can have a look on this globe from out of space, because we have satelites around it, a space lab ISS. And that spot there at the sky in the night is the moon, men have walked on it!

Do they believe your story?!
That is already something to explain to them, I think people from the year 16 would think you must be crazy!

By the way, there are still people nowadays who don’t believe that men were on the moon. And that is all was studio work and a TV setup.

22 june 1633, Galileo Galilei is in court, he is then about 70 years old, and from out of the catholic church, the “rulers” of that time, this old man has to bend on his knees and say out loud that the earth is the middle of everything. Galilei has to withdraw his theory about the heliocenter. Galilei is even a respectabel professor at that time, he has developed a lot of scientific works on esoecially astro physics, several scientific provements that the world is circling around the sun, and not as the church is telling that the earth has to be the middle of everything.
Only in the year 1992 the catholic church officially brought in an excuse that “they” where wrong. 1992!
In this you can see how strong our human thinking is the moment we stick to a certain idea or ideology and not open minded to look from another perspective.

But we are still in the year 16…so traveling the world by an airplane is not possible to explain to these people, something else then…use soap to wash your hands, lets talk about bacteria and viruses.
Ignaz Semmelweis discovered that the illness and infections in clinics could be drastically cut by the use of hand disinfection. This is the year 1847.
Some doctors were offended at the suggestion that they should wash their hands and Semmelweis could offer no acceptable scientific explanation at that time.
Semmelweis’s practice earned widespread acceptance only years after his death, when Louis Pateur confirmed the excistance of germs.
Do you know that only from the 1980’s on it is promoted to wash your hands and it is a common thing to do! 1980! Long after Semmelweis is death!

Again by keeping the old fashioned way of thinking it is such a problem to get people along to develop.

So imagine…traveling time, 2000 years in the future. Looking back to this time now.
Cancer will be only a desease then, maybe we don’t have to die anymore. One can choose to die, or have eternal “life”. Your brain activity, thinking, experiencing, can be put into a computer, so you still can experience “life”.
But the moment you have had your life, and it is okay to go, you can have your choice to go. And rest in peace.
I think the moment you have done what you have to do on this planet, one will have the wish to go. Sometimes I see older people, who had a really good life, they have their children raised up fine, they have had their job and a nice family, that these people are fine with the idea to let it all go, to pass on to the next level.

4016 it is and one can look back to this time. What stories will then be told?
Who will then be the hero’s they still talk about? What names have written history?
Which days will be remembered?

Is it not that we want to remember? We humans want to learn, to pass on knowledge. Explore the new horizons. Go beyond borders. Elon Musk (Tesla Motors, Paypal and SpaceX), he will definitly be remembered as the one who has made spacetraveling possible. In 2024 he wants to start with interplanetair transport of human beings. In 2040 there is this plan to have a population of 80000 people on planet Mars.
SpaceX is now already the commercial company who transports the astronauts to the Space-lab ISS.

Elon Musk is a visionair, he is focussing on the real problems which will be a treath to life on earth. A big impact of a giant astroid, can make life on earth in one smash impossible. A virus or a chemical wapon developed by ourselves can destroy life here on earth. An extreme change in themperature by global warming. And many more threaths, more then the dinosaurs had, can kill us all, the end of human race.

That is why people who can see all this, started to explain this to others, show them where the focus has to be on. What is important in life, what is your goal in life. What makes it worth to pass on to our children?
But how can you convince the other one?

Telling stories! Sharing experiences one had. Experiences where things which are important in life are to be learned from.
But also the experiences where one has the feeling a miracle has happen. Things which go beyond our imagination. Happenings where most of the people just would pass by, not noticing the beauty of it. Or just will take it for granted, as if it is so common.
The ones who can see all this, the experiences to learn from and the miracles that happen, they want to share it, they want to share the happiness, the joy and the peace it can bring. So people started to share these stories. Stories passing to others, so other people could learn from it and see and experience it themselves.
These stories were written down the moment we learned to write. And there we have it, the Bible, the Koran, all these literatures where born. Written by people, who have the vision of how life can and should be. Trying to make this world a better place.

But still there are too some people who try to get this power, who are so blind and try to keep “what is theirs”.
Even if other people are dying or having the bad luck to be born at the wrong place at the wrong time, there are so many who then only see the loss of money, property, jobs, we can go on and on, from their own. These people can not see the bigger picture here. And especially the people who are in charge, the vision of these people is of huge importance how history will change.
Look at the impact the pope had to the research projects of Galileo Galilei. Only after Galilei’s death in the year 1992 the pope changed this view of the theory of the heliocenter and accepted it as proven.
Look at the handcleaning, what is now so common even in our daily life. Not so long ago even doctors where against it. And here too, Semmelweis got his acknowledge only first after he had died, at the age of 47.
When we look at our history we can learn from it as hell.
“History repeats itself” they say, but if we are smart enough we can learn from it and change. YES WE CAN!

So if we look at history we see that mostly the problem is at the time we want to keep things as things go on. Even if it is so clear that we have to change, people will take a lot of time to change. People want to keep their past. Not losing their property and life.
We have to focus on how can we survive all the threaths coming towards us.
We have to work together on this planet. Make miracles happen and go beyond borders, not building them!
And if you look closer, you will see that we ourselves can make this whole world, this universe, paradise!

If only we could timetravel! 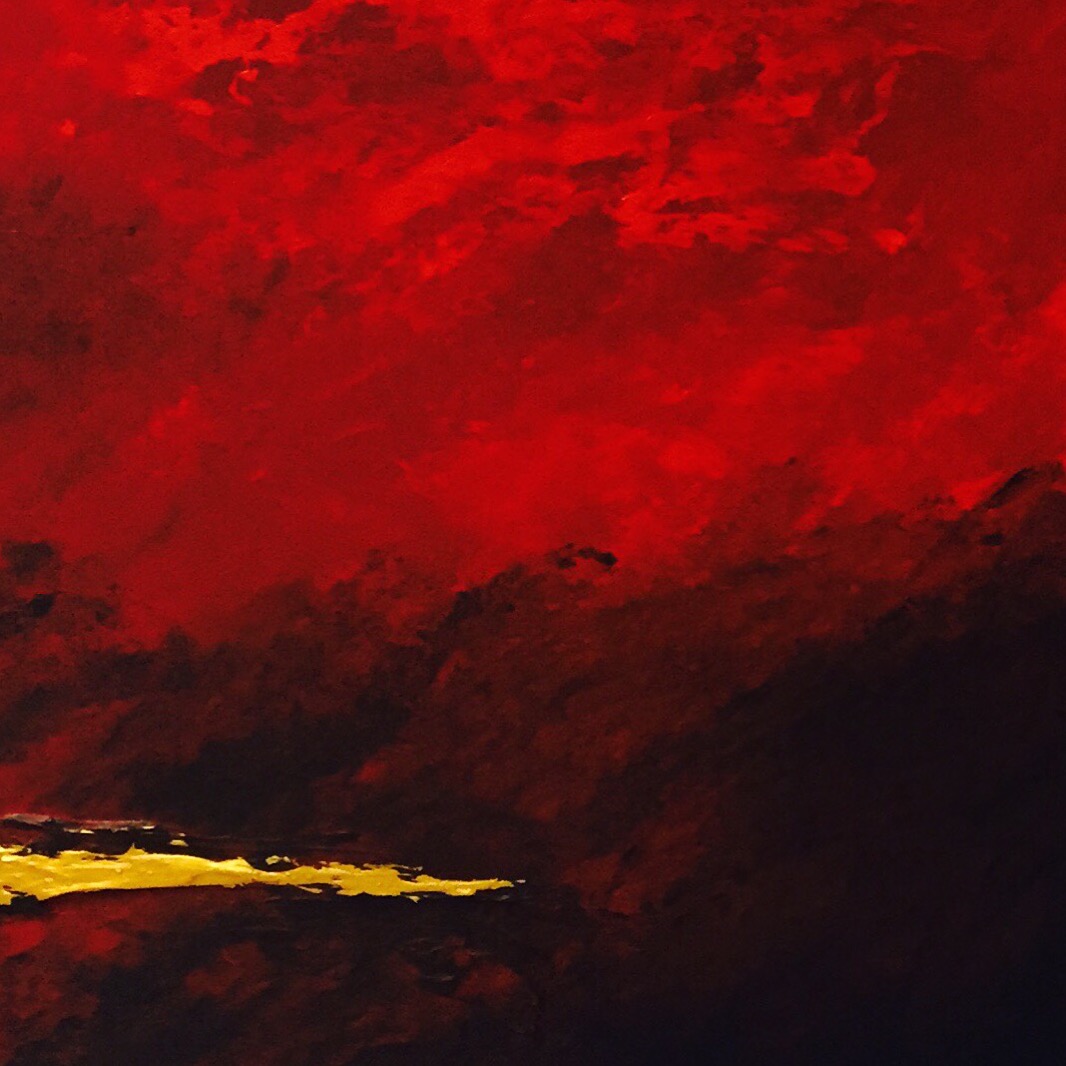